I was born in Budapest. Following my degree studies in Hungarian Literature, I went on to become a qualified journalist. After winning two journalism writing competitions, I joined Hungarian State Television, where, for seven years, I was responsible for the making of cultural documentary films. I have been awarded prizes for my work there. During that period I also wrote screenplays for my own films and television programs.
Later, I pursued my career as an independent, free-lance writer. I have had two prose volumes published by a respected publisher, and my novellas and book reviews have appeared in a well-known literary monthly.
In recent years I have devoted myself to making short films. I write these films herself, and am the director, cinematographer, producer and editor rolled into one. I have learned the techniques of digital post-production in order to be able, with the minimum of help from others, to realise fully my vision of how I would like my films to look and sound. My short film,  Noises won a place at the New Media Film Festival in Los Angeles, and also featured in the exhibition Art on the Wall, organised as part of the Festival.  In addition to its involvement in these events, Noises was included in Poetry in Motion , a framework programme within the Regensburg International Short Film Week 2015. These events  were covered widely in the Hungarian press,  and many online magazines also reported on my success abroad as a short film maker.  My short film Identification was awarded the Best Short Film Platinum Award at the 2017 European Independent Film Festival and the Best Short Film Award at the 2017 Switzerland International Film Festival.
The awards of the Identification in 2018:

I am a writer of prose, lately turned independent film maker, and  work in my native country of Hungary. Previously, I worked for seven years as a television script writer and editor. 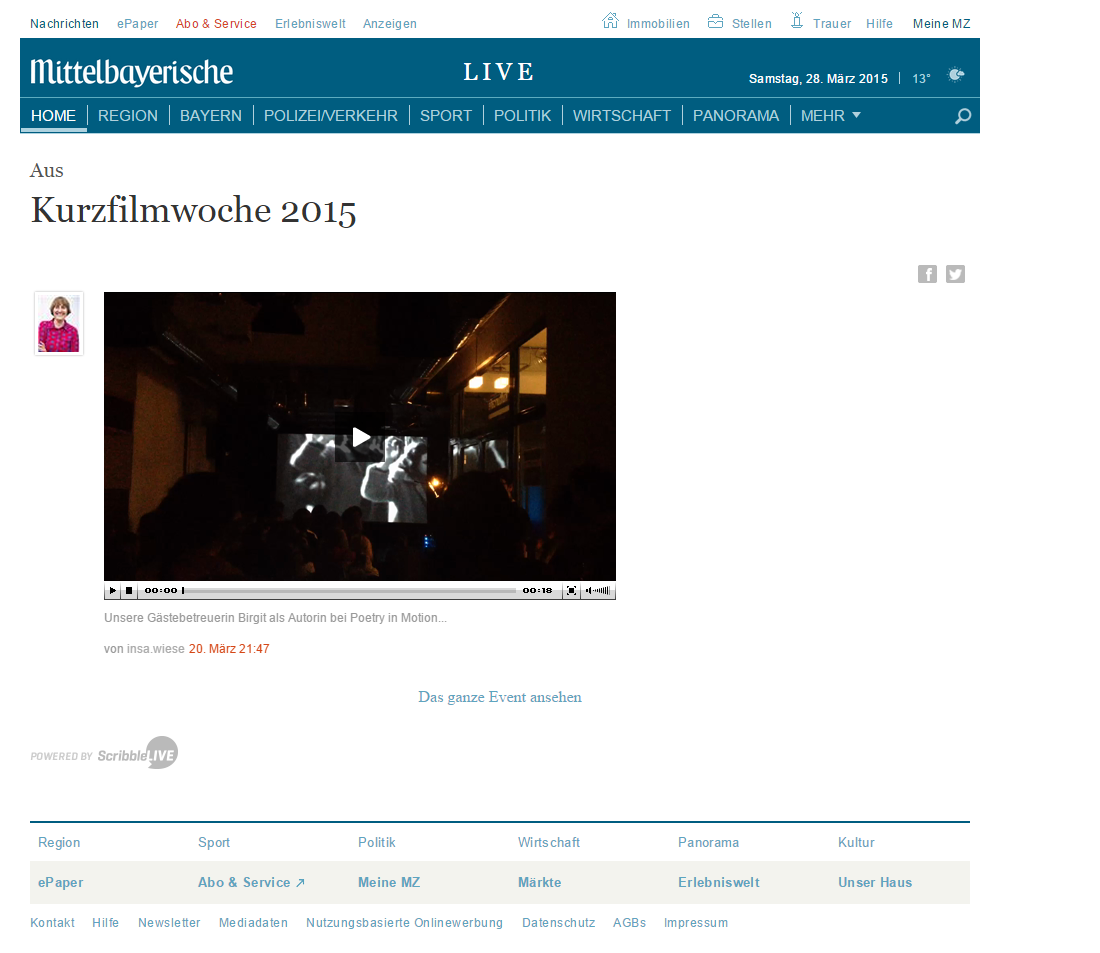 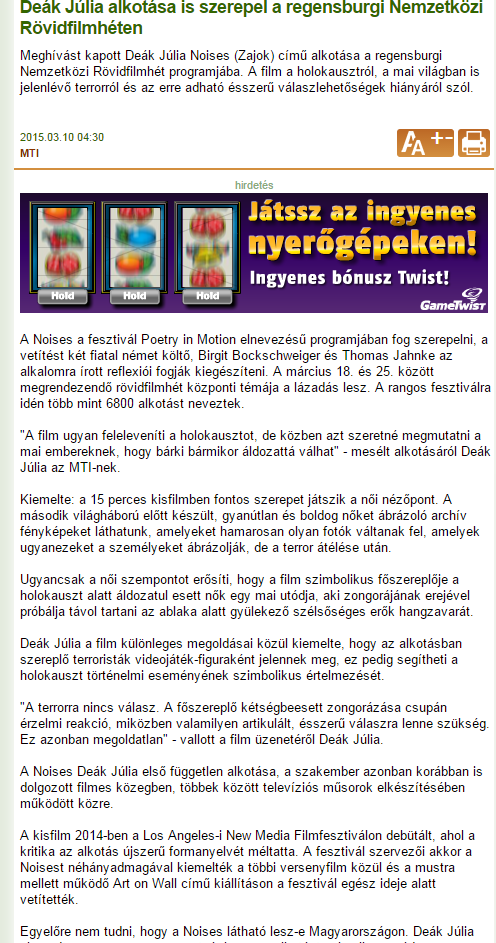 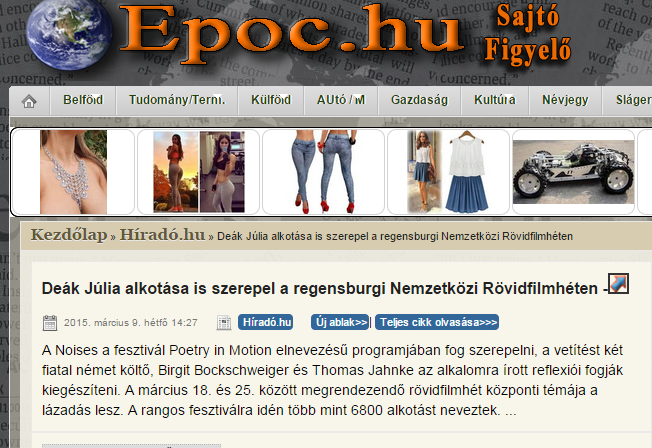 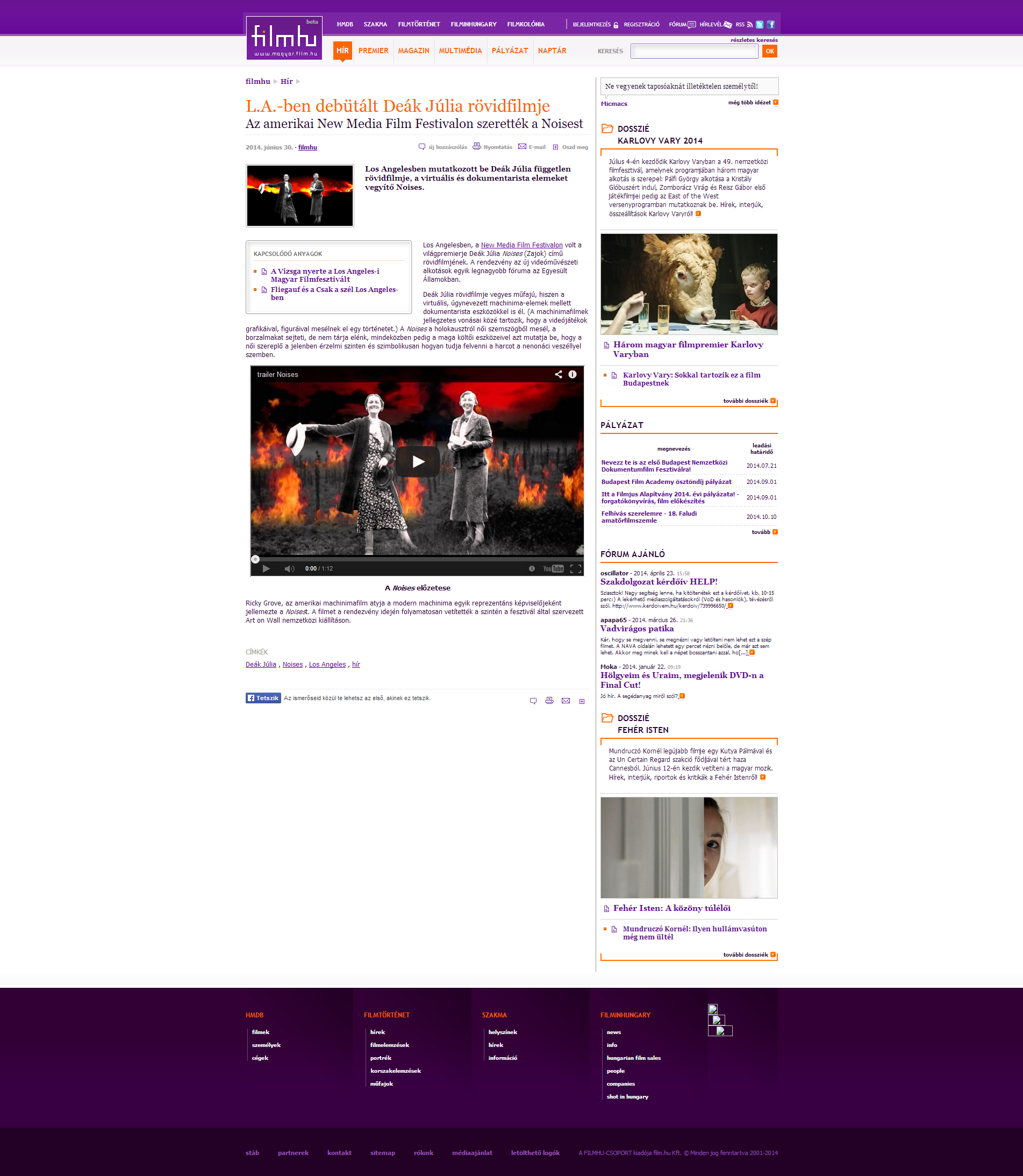 movie-home deakjulia7@gmail.com
© 2014 All rights reserved.
Make a website for freeWebnode
This website was built with Webnode
You can also have an impressive website for free!
Try it out